Today marks two months without my brother.
Two months where a constant in my life has no longer been a constant.
The guilt has proven to be almost stronger than the grief.
I should have called him more. I should have asked him to go get coffee instead of just catching up through text. How the fuck did I never make it to at least one of his gigs? And of course the anger of not being able to say goodbye. Followed by the waves of missing him. And realizing little thoughts I had had like, if I were to get married one day, how great it would be for not only my dad but for Eric to also walk with me down the aisle, what kind of life he would have continued creating for himself with Mary, what other music and art did he still have inside of him to make- are going to stay just that...thoughts. 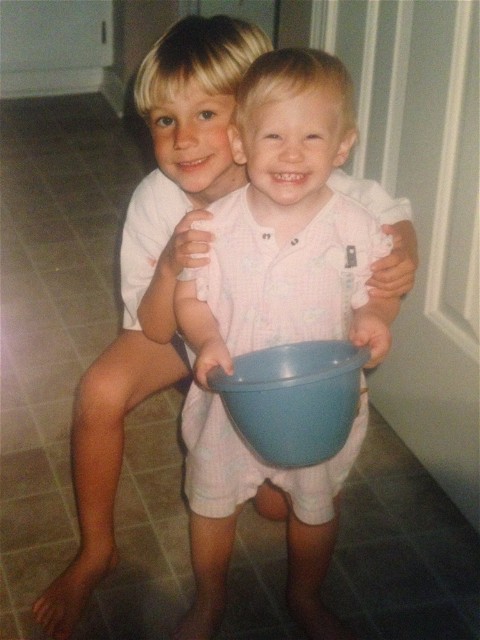 I didn’t speak at either of his memorials, though I felt some guilt there too about not doing so.
Simultaneously, everyone who spoke did an incredible job. And said what needed to be said- just with their own stories and experiences with him. Eric was authentically Eric. Each person always got to know the same incredible human. So what more could I add? And how do you put into words the life and the impact of someone who (until recently) you have no idea of living without? And, unlike ones parents, where you know eventually you will have to say goodbye…I think we all picture growing old with our siblings still around us. Now I’m suddenly preparing myself emotionally for my 30th birthday, where I will officially be older than my older sibling.

He was only 29, but he touched a lifetime of different people all around the world with his kind, gentle, goofy, insightful soul. And with his seemingly effortless art in all different mediums.

So often it seems that siblings fight and bicker constantly as kids, and grow into their bond. Now more than ever, consumed with how short my time with him was, I’m even more grateful that we never had that type of relationship. He always made everything fun. From opening up the door to my Barbie house and literally sticking his head in to say hello. Changing the name of tag to “Big Girl Power” (cause I hated the game tag…but somehow didn’t notice it was the exact same thing when he just simply called it something else lol) singing with me in our rooms and the car, and shining his flashlight up at the ceiling one night when I had snuck into his room because I didn’t want to sleep alone, and making me laugh by going “Look, Andrea! It’s Tinkerbell!” I’d look forward to Friday and Saturday nights when him and I were allowed to stay up late watching tv in the living room in our sleeping bags. And being completely blown away when he showed me how to turn off the automatic timer our parents had set to have the tv go off so we weren’t up TOO late (sorry mom and dad ;) ) And while I was a particularly stubborn and independent (to a fault) child…his patient, giving soul was a huge reason those qualities in me have changed. From the goofy way he had of making me less angry by going “Andrea, don’t smile…don’t smile. No, I said don’t smile.” Because you can’t help but smile when someone is telling you not to. Or the way that I was handed a brother who didn’t follow the cliche “macho” man thing, but wore his heart on his sleeve. And my kid self quickly learned that my words and actions have weight and affect other people, because I could so clearly see it on his face when I happened to say something that might have cut deep. It truly is because of him that I understand empathy and compassion. 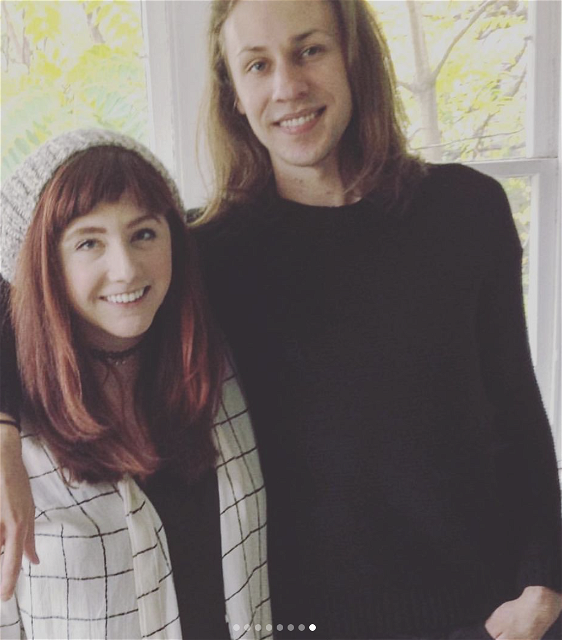 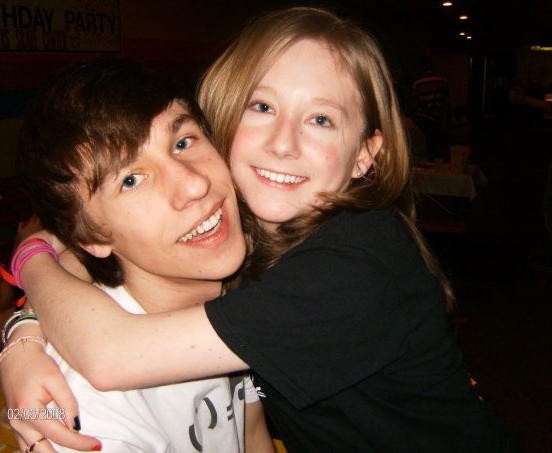 I remember our mom asking Eric if he was able to remember at all the day that I was born. He simply replied with, “I just remember being really mad because we didn’t get to take her home that day.” And I’ve been told many times that my eyes as a baby would just follow him around everywhere, and there were plenty of times when he was the only one that could calm me down (this proved to be a common thing through all points of my life and not just then) It was a sibling love that I feel so grateful to have known. 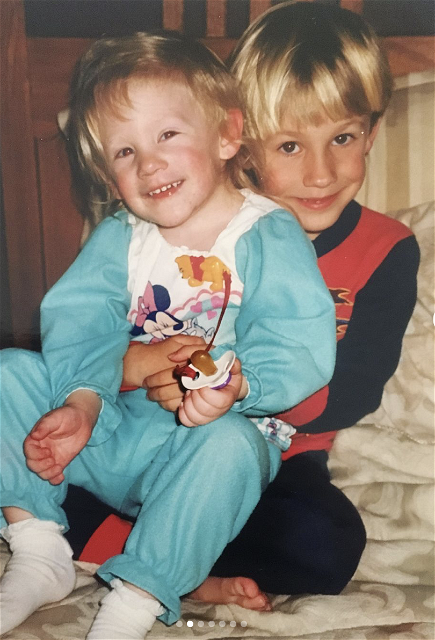 He could read me so easily- and I loved it! There was no explaining how I felt to Eric. He just sensed it. And somehow, whether at times he knew it or not, could say the perfect thing when I needed some guidance. I remember so vividly being aware of this trait when, after school one day, we were sitting in his truck and I was drinking a Powerade. He looks and goes, “Mm, I don’t really like Powerade, Gatorades better.” Now I’ve never been able to really tell a difference between the two. And like I said, the dude could read me like a book, so when I out of insecurity and wanting to be a cool little sister said, “Yeah me too, it was just all the machine had”…he was incredibly quick to point out that little lie and reminded me that “People think it’s cool when you have your own thoughts”
He was blunt when I was being stubborn or caught up in my own world. Gentle when I was feeling particularly fragile. Reminded me consistently through his words, but even more so his own actions, the value and importance of being true, authentic, and wholeheartedly yourself. And even as a child he was incredibly quick to put himself in my shoes.
I always have, and do especially now, struggle with feeling like I was any semblance of a good sister. But Eric was indeed the perfect brother for me. He was the brother I needed to become the person that I am today. He was the brother that in just 25 years gave me a lifetime of memories, life lessons, and a love that I will carry throughout the rest of my life.

And because I always tried to include these words in every text conversation between him and I, it only feels right to end this with... "I love you always, favorite human." 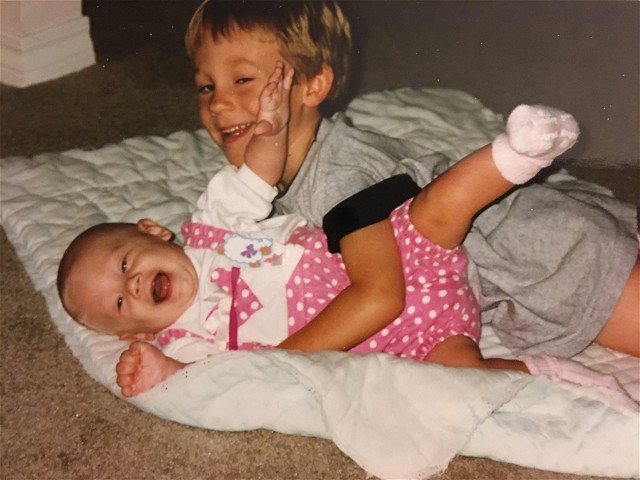 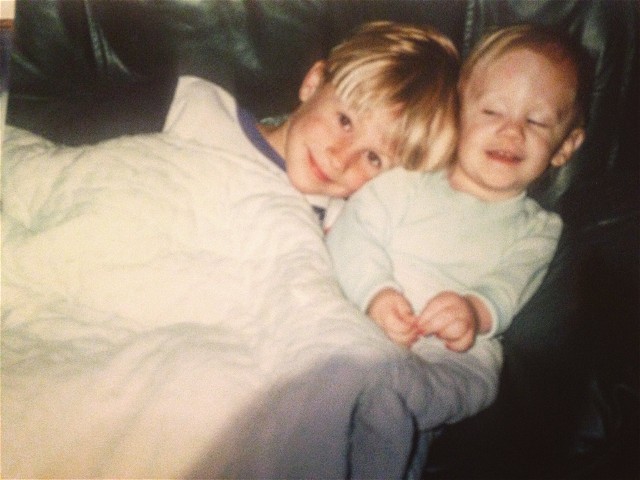 Oh Andrea I love this post. Your incredible.  Eric loved you so.

Linda C. Thank you so much for taking the time to read it. It really means a lot :) 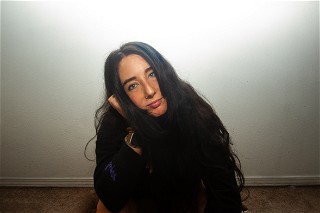